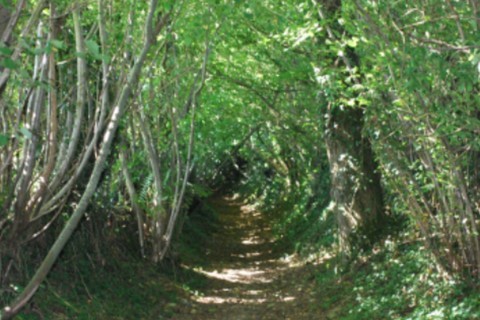 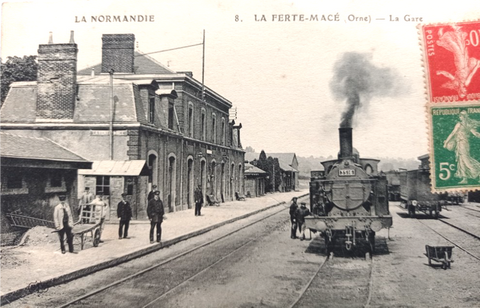 Half the ramble is made in sunken lanes.

In the old days, sunken lanes constituted a very important network in the Norman bocage.

Lots of hedges and footpaths have disappeared since the fifties. 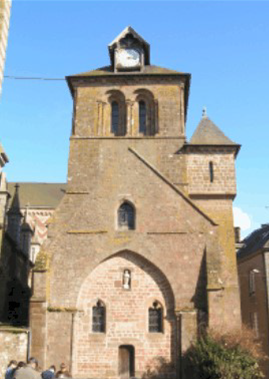 The parish of Beauvain  already existed  in 1099.

It is situated in the Norman bocage and stands on the watershed between the Channel and the Atlantic ocean.

The village is constituted by granite houses which are sometimes surrounded by high walls.

The church has a lantern-tower and outside stairs.

The nave and the fortified tower date back to the sixteenth century.

A few marks of the twelfth century remain under the porch.

The church was extended and modified from 1850 onwards.

The altarpiece of the right chapel has parts which date back to the sixteenth century. 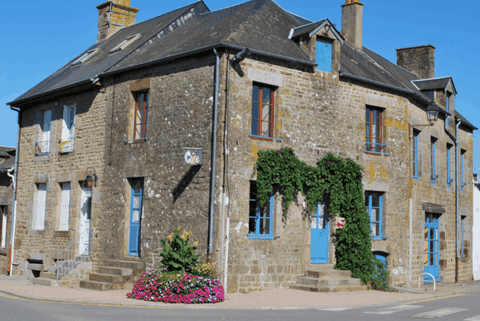 The village café belongs to the local Comité des Fêtes.

Every Sunday morning, from ten to one o’clock, the retro-styled bar has been kept in turns by the villagers since 1976. 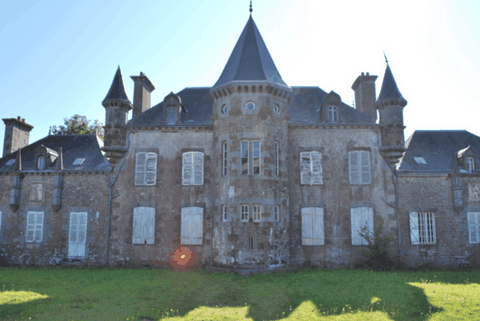 This castle is situated in the village.

There is another castle at La Rousselière.